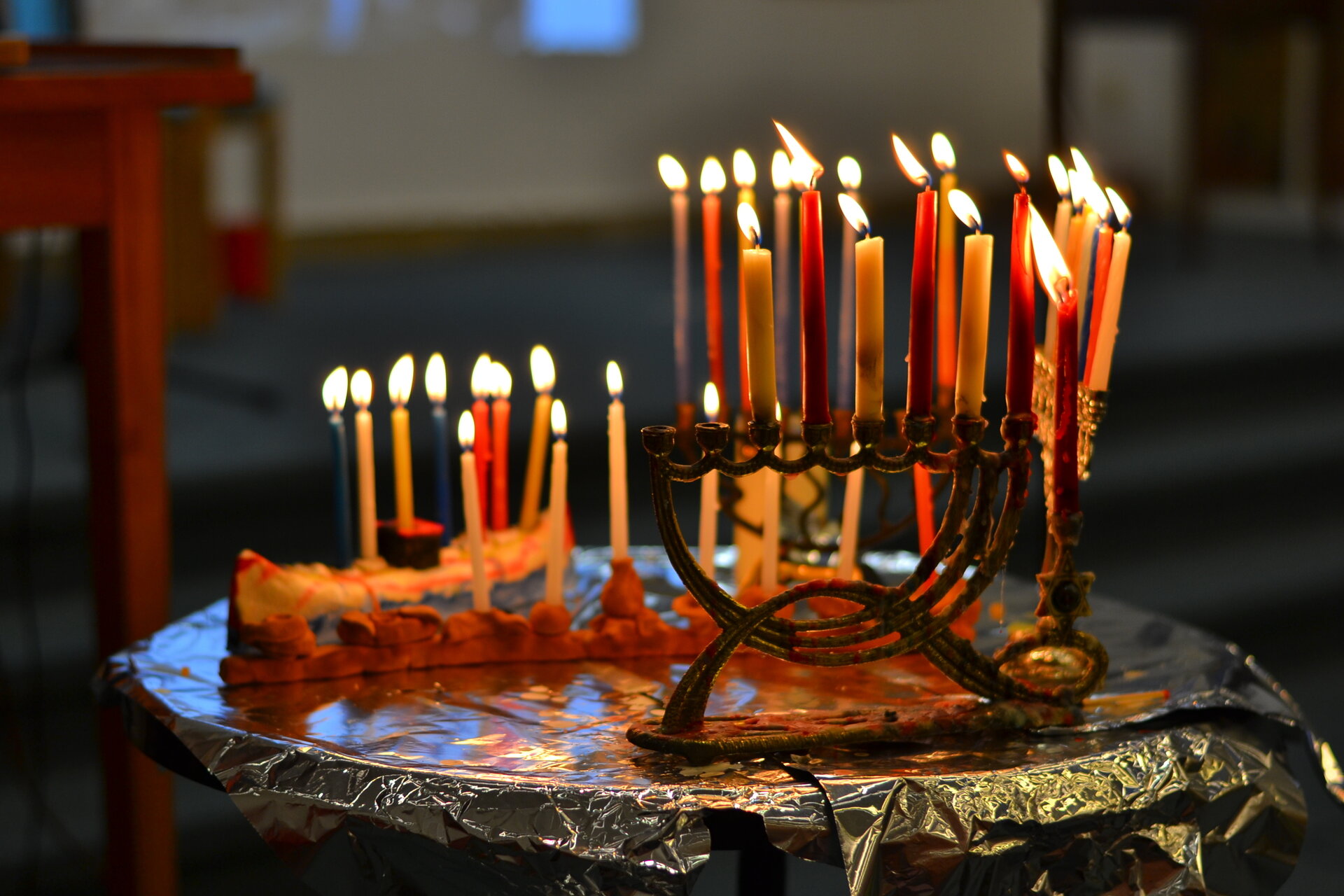 In March 1996 the liberal Jewish community of Gescher LaMassoret e.V. was founded in Cologne. The name was the programme from the beginning: Gescher LaMassoret means “Bridge to tradition”. The community attracts members from liberal Jewish families as well as those who do not feel at home in an orthodox community. It was an important duty for us to create a community which helps those, who have distanced themselves from Jewish traditions to find a way “home”.

The community started straight away to create the needed infrastructure. We developed a prayer book for Friday evenings, which was orientated to the traditional services but had a new and modern translation. We also included some other modifications and additions that were common in other progressive prayer books and services. The regular services on Friday evenings and Saturday mornings have become the central point of religious life in the community. The same can also be said of the kiddush and our community meals eaten together after the services. Guests and members regularly stress the spiritual feelings and intensity experienced at the services.

Of course, the new community organised all the religious functions: The services for holidays throughout the year, the Pessach Seder, building a booth - a sukkah.

Over the years we have been able to offer more including classes for children and preparations classes for bar or bat mitzvah. Other milestones included opening “The New Jewish Cemetery of Cologne” and having a rabbi, Rabbi Walter Rothschild. One of the highlights was being able to get our own Torah roll, which was secured through donations from our members. Gescher LaMassoret now has a further Torah roll which was donated by Dr. Jörg Baumgarten.

The rabbinical duties were taken over by Rabbi Stefan Tiwy since August 2022. The liberal Jewish community in Cologne completely follows the ideas of progressive Judaism. Even though traditions might have the most influence over our concepts of Judaism, we still recognise, as did the old rabbis, that religious rules need to change with the times.

Women and men are equal

This is repeated often in our principles – women and men are equal members of our religious community. Both genders can take part in all aspects of the services. We recognise the importance of Hebrew as the language of prayer and for other texts but we also agree with the opinions of older rabbis who allowed people to pray in a language they understood. That is why we say a few prayers in German as well as reading texts in German.

We strongly disagree that there is one level of religious observance that is correct. We believe this is a matter of conscious and a personal discission. However, we believe it is important to know the traditions so that the individual can make their own educated decision.

We agree with the majority of members of the progressive movement in Europe, that the Jewish status of a person is defined by the mother – the mother must be Jewish. Everyone else must go through a conversion process with a Beit Din (a Jewish rabbinical court) before they can be recognised as full members of our community.

We experience that there are cases where the official requirements are not met however the history, religious engagement and family traditions of the person clearly show a Jewish identity. This could be, for example, if someone only has a Jewish father but not a Jewish mother. These people have to complete a conversion process. We recognise it though as just a formality, a confirmation of identity to correct the gap between reality and the rules.

We, the community of Gescher LaMassoret, do not know what the future will bring. However, the steps which we were able to make, with God’s help, are a show of hope that there is a future for us in Cologne. What our future looks like, is unclear but we definitely have a future here in Cologne. 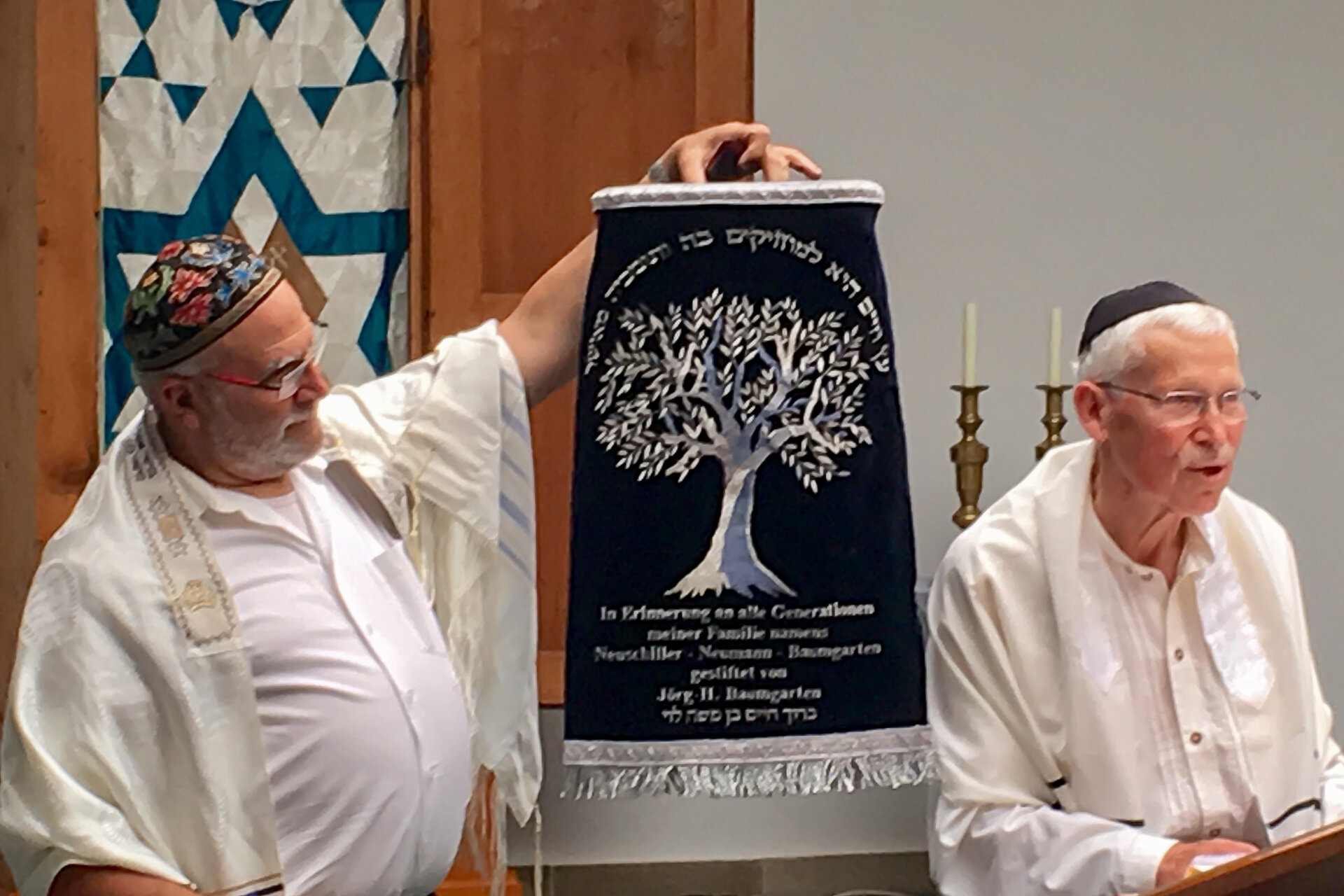